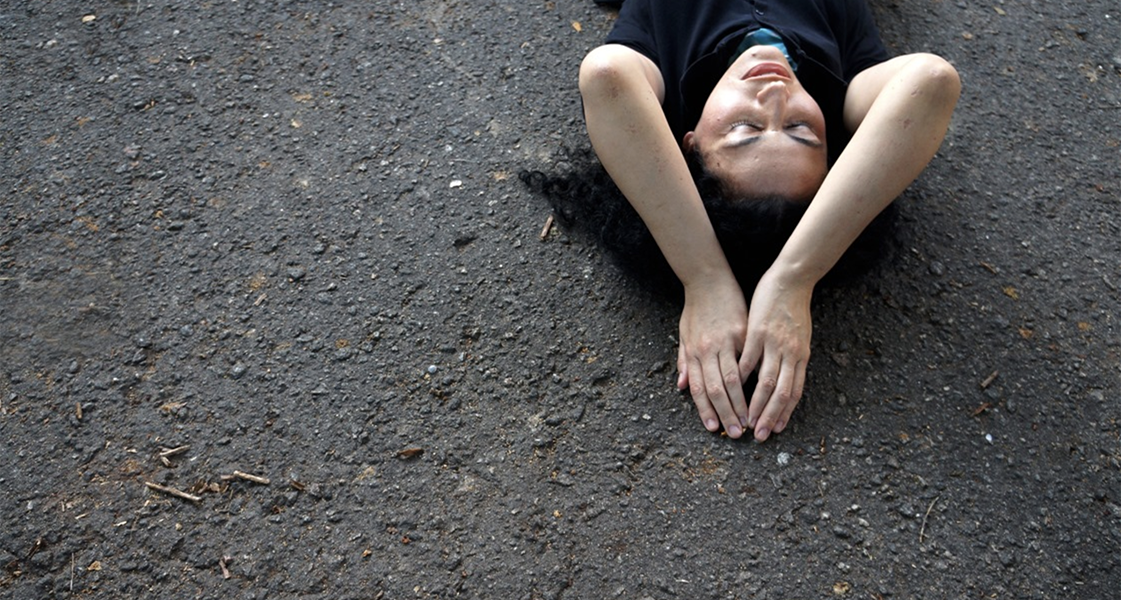 Adriana Tabalipa 1972 – Born in Curitiba and living in Rio de Janeiro, she currently lives and works between these two cities. Visual artist, performer, recorder, painter, draftsman and free thinker. She began her career in the late 1980s. She participated in numerous collective and individual exhibitions, both national and international. She has won several awards and has her work represented in important public and private collections. Like the one of Gilberto Chateaubriand in the Museum of Modern Art of Rio de Janeiro. One of her most recent individual “The End Factory Project” was curated by the Colombian curator Santiago Rueda and she traveled through several capitals. Her works reveal everyday objects and places with direct reference in the relation between them and the human body as well as the energy existing in these relations.

My interests involve the knowledge and experimentation of energy. Whether from the action of the body on the physical world or the energy present in matter and in the immaterial. The impregnation of energy present in intimate everyday objects as an apprehension of a kind “Archaeology of Contemporaneity”. A quantum mechanics of senses and affections, memory, absence and presence. The state of presence that is able to channel the transcendent in the search for transmutation. The reorganization of materials capable of revealing re-significations. The poetic power that resides in the manifestation of a state of presence in the right here and right now. The practice of Performance Art as Art-Life, Life-Art as an engine to drive energy fields in polydimensional layers in a kind of Philosophy in the Art of Living. The “Open-Source” Methodology as a way of being together in the most essential expression of being in the territory of Art.

This work is a process of finding its own essence poetic power with regard to nature in contrast to its civilizing objects and the possible relationship with regard to existential healing and evolution in the face of the silence imposed on all human violence.

This performance involved a very meticulous survey of the chosen drawing room in the house and also a survey of how the house operates with its micro-environment of hibernating butterflies, spiders and bees. Tabalipa found some huge apples from the orchard and other props such as twine and jars in the house. The preparation of the room involved cleaning it carefully and even repairing tears in some of the pillows that had been chewed by our resident dog. To direct a loving care at this historically layered space. The performance itself was completely mesmerising as the artist is present in such a way as to make a space where the audience is completely present to extent that some observers forgot to breath they were so entranced.